Gwynne Monahan, best known by her Twitter handle @econwriter5, is a senior content writer at Inflection and GoodHire. In the following guest post, Gwynne discusses why drug screening is still relevant.

One only need to look at Colorado to see the financial windfall states can receive by legalizing recreational marijuana. In its fiscal year post-legalization, it cleared almost $70 million in tax revenue. That was more than the tax revenue from alcohol sales. It’s surprising more states haven’t followed suit, but there’s another side to the story. What happens to pre-employment drug screening, or random drug tests on the job?

While I’d prefer the legalization of recreational marijuana over, say, taxing my Netflix usage, the question gives me pause. Technically speaking, marijuana is an illegal substance.

Under federal law, marijuana is classified as a Schedule 1 drug, which is any drug, substance or chemical that currently has no “accepted medical use and a high potential for abuse. Schedule 1 drugs are the most dangerous drugs of all the drug schedules with potentially severe psychological or physical dependence.”

While you can point to research today that strongly demonstrates marijuana does have medical use, that one word, “accepted,” is a showstopper.

What does that even mean? Accepted by whom? Obvious answer: the public. How? Votes. So far, 23 states and the District of Columbia have voted in favor of medical marijuana. The public in Alaska, Colorado, Oregon and Washington demonstrated its acceptance of recreational marijuana through votes.

So in states that have legalized recreational marijuana, does that make drug testing, in those states, meaningless? Logic says yes.

The courts, so far, have said such drug tests do mean something. When a drug policy that meets federal guidelines is in place, then that employer can dismiss an employee for testing positive for marijuana, regardless of state law.

Some people reading this are shaking their heads and thinking, “If smoking pot is legal in a state, then it’s time to change corporate drug policy.” While that makes logical sense, the issue is more nuanced.

Remember that marijuana is an illegal substance under federal law. This is key because employers that have federal contracts or grants must abide by the Drug-Free Workplace Act of 1988.

In fact, five federal laws, including the Americans with Disabilities Act, the Family and Medical Leave Act, the Fair Credit Reporting Act, and U.S. Department of Transportation regulations, cover drugs in the workplace.

Though organizations like the Society for Human Resource Management offers guidance on both drug testing and crafting a drug and alcohol policy, there’s no hard and fast rule on what to do in states where marijuana is legal. Colorado has tried to find a balance with its Lawful Off-Duty Activities Statute, which the law firm of Wood, Ris & Hames P.C. explains “generally prohibits employers from taking action against employees engaged in lawful activities, including alcohol and tobacco use, off premises and outside working hours.”

The firm also explains that a working group set up by the governor recommended that employers review current drug free workplace policies and that zero-tolerance policies can remain in place.

The most common method of drug testing is the urine test. As a recent article explains, a urine test only “measures the presence of THC — a psychoactive compound in marijuana that persists in the body for days, weeks or even longer.”

The urine test simply says “yes” or “no,” circumstances be damned. In other words, if an employee smoked a joint last week and gets called in for a random drug test sometime the following week, that employee may test positive. It doesn’t matter that the employee isn’t high on the job, or that he or she hasn’t smoked since that Saturday. The urine test only knows THC is present and that is the information the employer receives.

Clear as mud, right? You know exactly how to deal with the stellar employee that, out of nowhere, has a positive drug test. No? Understandable. Five federal laws, and confusing state laws make sludge. How to clear the sludge? Why, through the courts, of course!

Take the case of Coats v. Dish Network, for example. Brian Coats suffered a crushed spine after a car accident when he was 16. A licensed medical marijuana user, Coats was fired by Dish Network, his employer, after a random drug screen came back positive.

Coats sued under Colorado’s Lawful Off-Duty Activities Statute. This is where marijuana being an illegal substance under federal law comes into play. While his suit was dismissed by the trial court, the Colorado Court of Appeals ruled in favor of Dish Network because an “activity that violates federal law but complies with state law cannot be ‘lawful’ under the ordinary meaning of the term.” The state’s Supreme Court upheld the ruling.

Rulings in favor of employers pop up in other states, too. There is Roe v. Teletech in Washington State where the state Supreme Court ruled in favor of Teletech, stating that Washington’s Medical Use of Marijuana Act doesn’t protect medical marijuana users from an employer’s drug-test policy, regardless of whether smoking marijuana was done on or off premises. And in both California and Oregon, rulings have favored an employer’s right to discipline or terminate employees for marijuana use.

Until marijuana comes off the Drug Enforcement Administration’s Schedule 1 list, the courts will most likely continue to rule in favor of employers. What are you, a compassionate employer, to do? The simple answer is to review your drug and alcohol policies and make sure they’re clear. The best answer is to seek legal counsel to review both your drug and alcohol policies and to make sure they’re clearly and consistently enforced.

Looking for drug-screening options? Use TAM’s seamless integration with GoodHire to help with pre-employment drug testing. 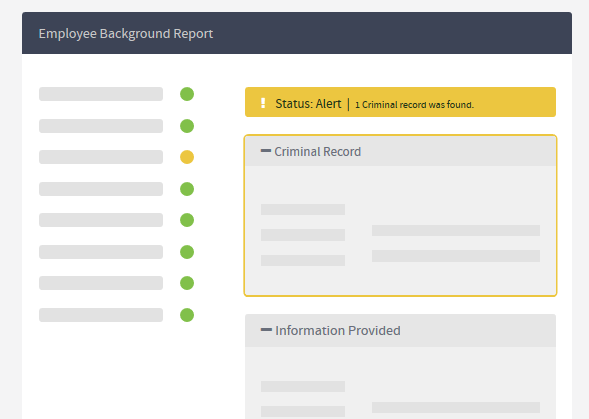 GoodHire is a valued TAM partner. TAM’s seamless integration with GoodHire makes it easy for clients to initiate and get updates on background checks and pre-employment drug testing right within the TAM interface.