Why Most Independent Contractors May Be Considered Employees 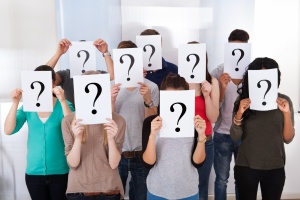 Some companies question when they should begin to transition from hiring independent contractors to full-time employees, but a more serious question should be, are your independent contractors already employees who have been misclassified? According to the U.S. Department of Labor (DOL), most workers are employees. The DOL issued a guidance in July of 2015 stating that the “misclassification of employees as independent contractors is found in an increasing number of workplaces in the United States…”. The guidance goes on to state that when employees are improperly classified, those workers may not receive protections common in the workplace, such as minimum wage pay, overtime compensation, unemployment insurance, and workers’ compensation. The reality is that this is another one of the situations where “it’s good until it’s not.” Thus, the problem is that employees classified as independent contractors will request to be classified as such until they realize that they are in dispute with their employer, e.g., they are terminated and request benefits normally provided to employees.

The DOL states that it receives numerous complaints from workers claiming to be misclassified. The government also receives lower tax revenues from independent contractors. Within the guidance, the DOL asserts that some companies may intentionally misclassify workers as a way to cut cost and avoid compliance with labor laws.

One such company caught up in a ten-year legal dispute wherein they had been accused of misclassifying employees is Fed-Ex. In June of 2015, the Memphis, Tennessee based LTL carrier settled with 2,300 of their drivers in California to the tune of $228 million. Drivers claimed that their classification as contractors, rather than employees, prevented them from receiving state-required benefits like overtime pay and rest breaks.

The Difference Between an Independent Contractor and an Employee

There is a concerted effort among certain government agencies like the IRS (Internal Revenue Service) and DIR (Department of Industrial Relations) to bring a stop to the misclassification of employees. Employers can incur fairly hefty penalties for non-compliance. For instance, an employer can find themselves paying the IRS back taxes up to as much as 41.5% of the contractors’ wages, going back three years. If it is found that the misclassifications were done intentionally, employers can find themselves with a criminal conviction including time in jail, and fines as high as $500,000.

The Department of Labor (DOL) will also require employers to pay back wages for up to three years, and levy additional fines for faulty recordkeeping. The company will also incur an audit wherein the DOL will be looking to find other wage and hour violations, which could mean additional penalties.

Each state is different, and stage insurance agencies as well as their DOL may seek back payments on unemployment insurance and workers’ compensation premiums. States can also charge penalties for faulty recordkeeping.

What Employers Can Do

Under the FLSA’s definition of “employee”, most workers are considered employees. Companies should be analyzing their work force carefully to determine these factors. Consider each, and ask whether or not their workers truly match the definition of independent contractor or employee. The biggest question to answer is always that economic dependence. Employers should consider an independent audit of their workers with independent contractor status to determine whether or not they are classified correctly.

The good news is that most applicant tracking systems can be used to attract and manage applicants whether employee or independent contractor. The Applicant Manager or TAM can help you differentiate the recruiting process so that it is clear to applicants what the relationship is from day one. For more information, click on the contact button below.