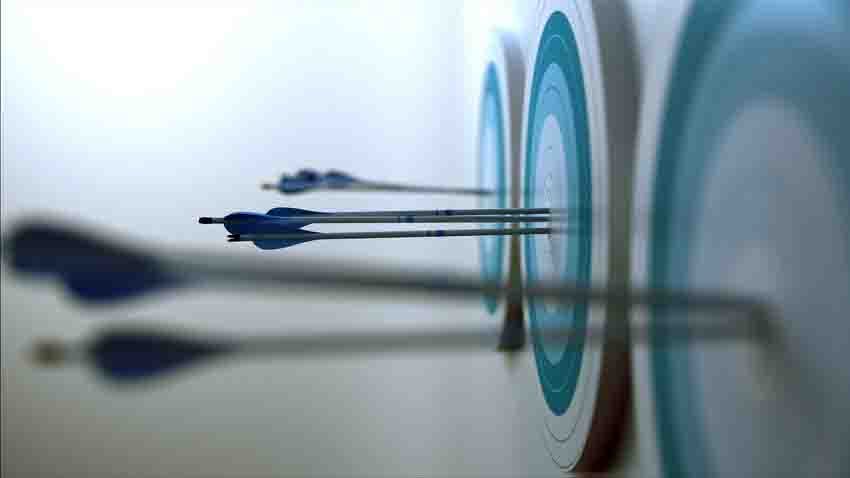 We hear about company culture quite a bit. Open concept offices, flexible hours, on-site gyms and a casual dress code. These influence a culture, but at the end of the day, how are we truly defining company culture?

Why is this important? A company without clearly defined goals has no destination in mind. Rather, the individuals or small groups that make up the company each have their own goals, but aren’t sure whether or not they align with one another on their way to achieving the larger over-arching goals of the company. This is a dangerous place for an organization to be in, as they have no idea where they’re headed.

Goal setting is essential, but it’s also fluid. Just as people change over time, so do the companies they work for. As some people leave, and new people join an organization, they’re each bringing their own ideas and values to the culture, as well as their own personal goals and ideas. This influences a culture, even if just a little. Change is healthy, as companies grow, they should aim to continue changing, as long as their core values remain clear at all times.

As companies change and evolve, their goals will need to adjust. When we look at the goal setting methods still utilized by more organizations, it appears that there hasn’t traditionally been a lot of room for change or growth, nor has there been the breadth available for encouraging collaboration and innovation. Not surprisingly, a few tech companies started to notice this pattern, and over the last few years, have pioneered changes within the way they set goals, specifically surrounding employee performance reviews.

The idea was to do away with forced ranking, and a strict tie to pay for performance. Additionally, companies are starting to meet more than twice a year to discuss performance, and in many cases, are utilizing software such as Goalspan, a partner of The Applicant Manager, to track and analyze goals on a daily, weekly, monthly basis. This software makes it possible to receive feedback from your leader, as well as other leaders and peers. What were some of the motivating factors behind pioneering a new way to review employee performance and set goals? Let’s take a look.

Our Work Environment is Radically Different

Traditional performance reviews set annual goals, and employees and leaders may meet bi-annually to discuss how they were coming along with regard to achieving those goals, and then of course annually to revisit how they did over the year, whether or not their performance was strong enough to merit a raise, and how they ranked compared to their peers. This worked for a long time, though employees weren’t necessarily pleased with it, and the results weren’t proving to have any positive impact.

The pace at which we work today means that new goals and objectives are constantly popping up. We don’t tend to set long-term, 12 month goals for the majority of our work, but rather have shorter goals that need to be met much sooner. We’re also not working alone as much anymore. Some companies, like Facebook, work entirely on teams, and in many organizations, employees are on several teams at one time, with team members in locations across the globe. It’s not uncommon now for leaders to not entirely grasp all facets of the projects their employees are involved with.

The “team” structure that many organizations adopted years ago has proven to be more effective in terms of accomplishing tasks, fostering a culture wherein everyone understands and works toward the same goals, and works to everyone’s strengths. However, coupling this type of culture with a forced ranking system can create an environment of competition. This can discourage collaboration when the team member you need to work closely with on accomplishing goals is the very same person you need to compete with for a better raise or the next promotion. This is detrimental for customers when the focus is less on them, and more on the stability of an employees’ career.

In an effort to retain top talent, it’s important to let them know how they’re doing more than two times per year. The millennial generation is getting a lot of attention with regard to their need for feedback, the reason being that they are a generation that craves learning and development. Hearing how they’re doing once or twice a year is too infrequent for some people, causing them to disengage. Frequent communication not only helps managers better understand how employees are doing, but they understand where they’re headed, what ideas they have, what’s not working, and what they need from them. Many employees feel shocked to find out they’ve been underperforming for months, and would have preferred to have received feedback much earlier so that they could have adjusted behavior or work performance accordingly. It’s not uncommon for employees to start looking for a new position soon after a poor performance review they never saw coming.

The results of the organizations who have moved to a new model of goal setting and reviews are appearing positive. Employees are less worried about their reviews, and instead focus more on goals and growth. They feel like they are more focused on the right things, more collaborative, and innovative. Strong cultures with strong leaders are driving this change toward goal setting as a key part of their culture.

And also consider getting a free demo of The Applicant Manager (or TAM). By replacing manual spreadsheets, paper resumes, and inefficient technology, TAM can streamline your organization’s recruiting and hiring process!