How to Ensure OFCCP Compliance When Job Posting 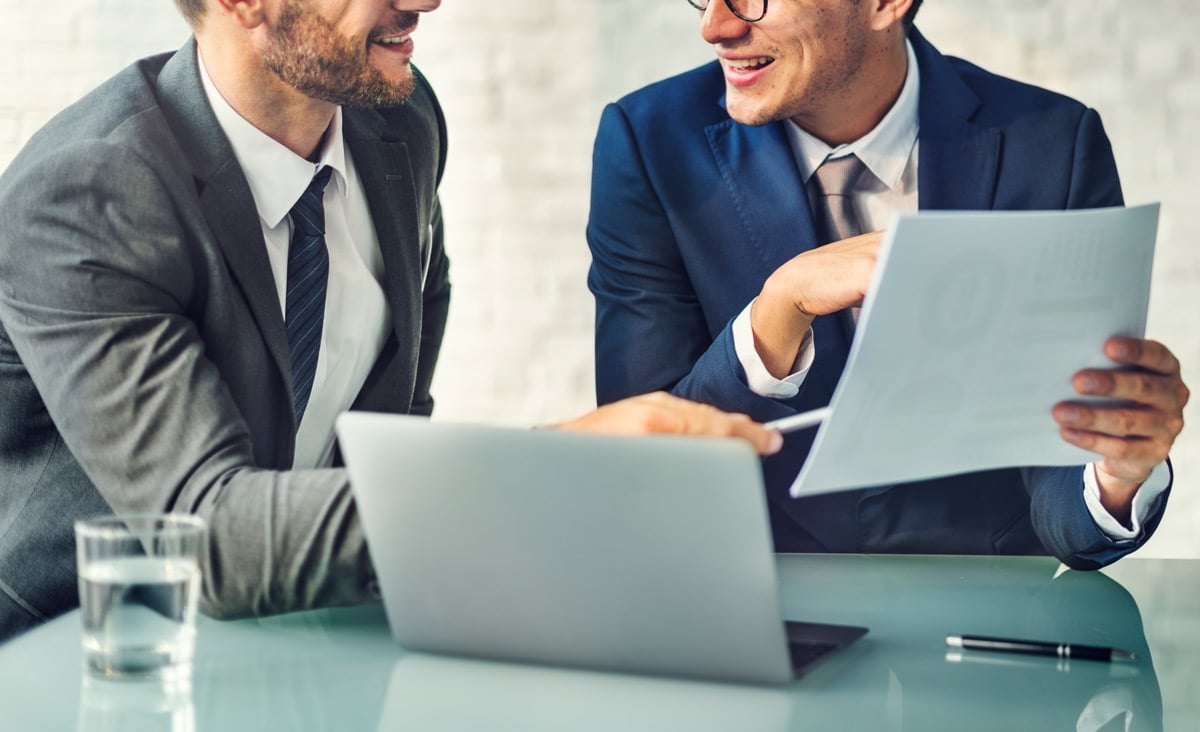 As an employer, you’re probably more than familiar with the requirements of the Equal Employment Opportunity Commission (EEOC). You may be a bit less familiar with the Office of Federal Contract Compliance Programs (OFCCP), which governs employers with government contracts. Being compliant with the OFCCP means that your hiring practices are up to established standards from the very beginning, which means starting with the correct job postings.

The last thing you need as an employer is to open yourself up to risk because your job postings weren’t OFCCP compliant. Let’s walk through some best practices as it relates to how to eliminate that risk.

Having a standard recruiting process is imperative, especially as it relates to the Internet Applicant Ruling. This is where it benefits all employers to be clear about each step in their processes and ensure that everyone involved in the hiring process – recruiters, human-resources assistants, interview teams, and hiring managers – understand what that process looks like. The Internet Applicant Ruling requires that a candidate who engaged with an organization by applying online remains an online applicant until the hiring process is completed, and that it is made possible for the applicant to supply any documentation they’d like: cover letters, resumes or CVs, transcripts, licensing, and so forth.

Government-contracted employers are also required to be in compliance with supplying applicants with proper forms, such as the Individual with Disability Disclosure form (required as of March 24, 2014). This ruling is intended to protect individuals with disabilities as well as veteran status. Make these types of forms easily accessible for applicants, without them having to ask you for them.

EEOC laws exist to protect individuals from being discriminated against on the basis of race, color, religion, age, sex, national origin, disability status, genetics, protected veteran status, sexual orientation, gender identity or expression, or any other characteristic protected by federal, state, or local laws. It’s generally good practice for employers to include EEOC taglines on their job descriptions that are consistently the same on each job posting throughout the entire organization. This can be added to each job description at the time they are written, or preloaded within the tool used for online postings.

Keep Records on All Hiring Practices

By far one of the most critical elements of the hiring process is keeping a record of all hiring practices. For recruiters and human-resources leaders, it can be especially challenging to help everyone involved in the hiring process understand why this is important, and to keep everyone on track. This doesn’t mean simply keeping a record of applications and resumes that have been received. This also includes tracking each interview and when it took place, and even more importantly, tracking the interview questions that were used and the notes that were taken. Employers should always be using consistent practices with each applicant, which means asking the same basic interview questions to each candidate being considered, taking notes, and saving those notes in a candidate’s file.

Keeping record of hiring practices also means having disposition codes that are clear, which won’t put your organization at risk because you cannot explain why someone wasn’t selected to interview or receive an offer. Never put your company in the position of not being able to prove that your hiring practices aren’t discriminatory. If you don’t already have a clear hiring process, and your hiring managers are conducting interviews that are potentially problematic, you will want to consider holding a training session to explain the importance of OFCCP compliance as it relates to the recruiting and interviewing process. If your process has too many exceptions as it currently stands, it’s likely time to take a look at how you can streamline things to eliminate your risks.

Ensure Posts are in Line with AAP

Regardless of whether or not you’re a government contractor, it’s good practice to have a documented Affirmative Action Plan (AAP). This is your public statement that your recruiting efforts are intentional about hiring a workforce reflective of your area’s demographics. As it relates to job postings, many employers include a tagline that reads “we are an Equal Opportunity Employer,” however, several employers have gone so far as to spell out the various ways in which they are being inclusive or non-discriminatory. For example, a business might write and publish an EEO statement that reflects their AAP by stating their goal is to hire people regardless of things like HIV status, veteran status, marital status, gender identity, parental status, or age.

Beyond having OFCCP-compliant job postings, it’s a good idea to take things one step further. Outside of just posting on your own employer website, or the larger, more familiar sites such as Indeed or LinkedIn, consider posting on sites such as Getting Hired and abilityJOBS that target people with disabilities. There are also sites such as Helmets to Hardhats and VetJobs that support employment of veterans. You can also look at Hard Hatted Women and Diversity Working to target a female or diverse population of candidates. Utilizing sites like these show that you’re being intentional about creating a workforce that is truly reflective of the local demographics.

Leaving OFCCP compliance up to the recruiting team or hiring managers is risky if you don’t have a standard process. It’s even more difficult if the hiring practices in your office are largely done manually. This is where having an ATS that keeps you OFCCP compliant is essential.  The tool will track each step of the candidate experience, including providing necessary forms, allowing internet applicants to upload the documents they want to present as part of their candidacy such as resumes and licenses, utilizing clear disposition codes, tracking interview status, and saving interview notes.

For more information on how an ATS can support your recruiting practices, contact TAM today to request a demo.