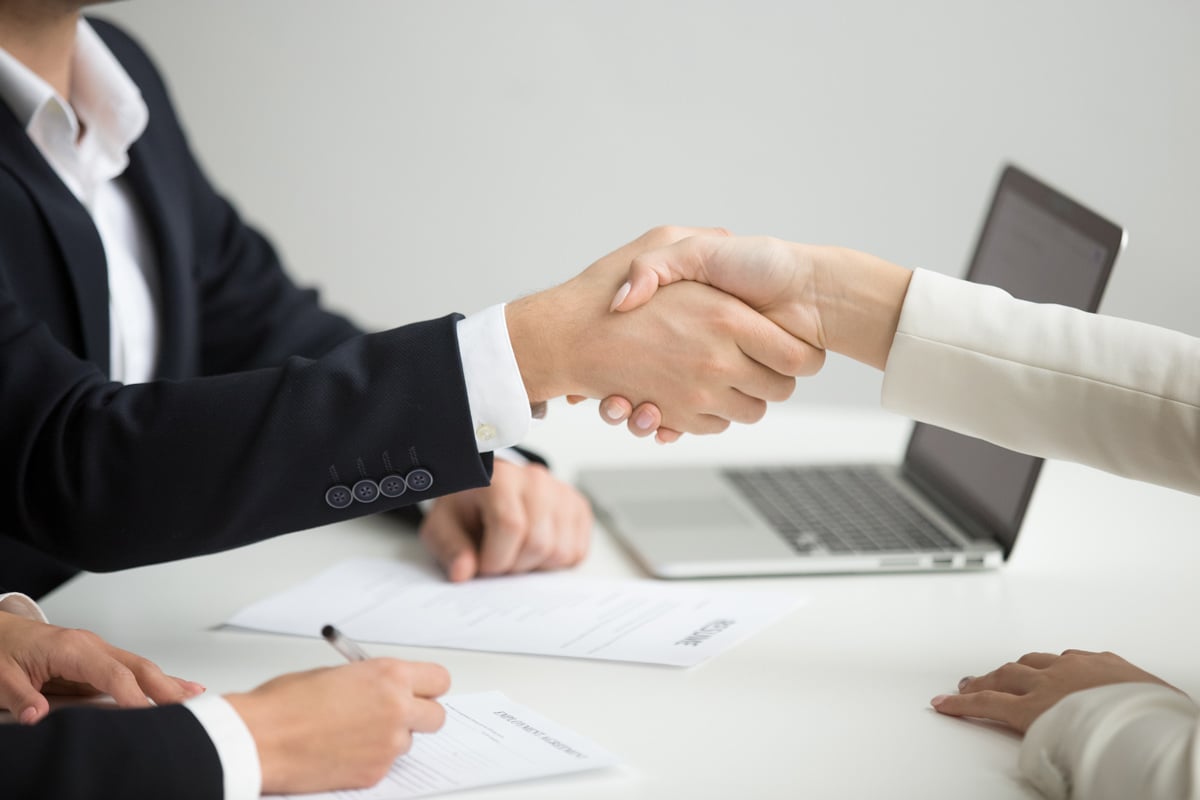 Orientation and onboarding are often used interchangeably by many people – even some within human resources (HR). However, the two concepts are distinct from each other, but both are extremely valuable when it comes to retaining your newest hire. Let’s take a closer look at how onboarding and orientation have a huge impact on employee engagement.

Orientation is something that is usually conducted over a fixed amount of time. It’s commonly held on an employee’s first day of work; in mid- to larger-sized organizations, it is often held with the other new hires starting on that same day, sometimes taking place at the beginning of each week. This is normally a more tactical, brief event that gets employees “up to speed,” so to speak, so that they have what they need to get started right away.

Things commonly taken care of during orientation are new hire paperwork, facility tours, demonstrations on how to log in work hours, coverage of company policies, IT presentations, and welcome speeches by senior leadership. Orientation may take a day or two; in cases such as hospitals, where clinical orientation also needs to take place, it could take up to a week or more.

While onboarding and orientation are often used interchangeably, onboarding typically starts well before your new hire’s first day. Onboarding should be thought of as more strategic, and it begins the minute an employee has verbally accepted their offer. It involves truly integrating an employee within an organization. This means getting them up to speed on the tools they’ll use to do their job effectively, introducing them to the people they’ll interface with regularly, making sure they’re familiar with policies and procedures, ensuring they’re becoming comfortable within their team and department, as well as making time for clear expectations exchanges with their new manager.

Onboarding can take several months, if not a new employee’s entire first year. During the onboarding process, make the connection between the company’s overarching goals and how their own role helps achieve those goals.

Why Both Orientation and Onboarding are Critical

While onboarding includes the orientation element, it encompasses much more. This is why it’s important to consider how that process should look and feel for new employees. Let’s briefly unpack what’s at stake.

Your recruitment team has spent several weeks, if not months, looking for talented new hires who are a perfect fit for your organization. They’ve successfully negotiated offers, and leadership is excited about what these new employees will bring to the team. If your onboarding and orientation process is just a first day filled with completing government forms and looking at benefit brochures, that positive momentum is going to come to a screeching halt.

Remember that the first 90 days of employment are crucial. Employees are still thinking about whether or not the move they’ve made was a good one, and a poor onboarding experience is one of the top contributors to new hires changing their mind about joining an organization. There are ways to ensure that new employees stay just as excited about the company several months in as they were when they interviewed and accepted their offer.

What You Can Do

Setting clear goals and continued training are important ways to keep new hires engaged, as well as having a rock-solid onboarding process. This means onboarding employees before their first day. Some simple ways to do that include asking them to complete forms, like W-4s, I-9s, benefit forms, personal contact information, consent forms and so on, well ahead of time.

You may also consider touching base with your new hires a few times via phone or email to welcome them to the company, let them know you’re excited about their joining the department, and ask them if they have any questions. This gives them a chance to begin to iron out any first-day jitters and start to feel like part of the team.

A great way to make a good impression on your new employee is to have a clear, organized onboarding process. Let them know how long you expect their entire onboarding experience to last, what you want them to get out of it, and why it’s important. Also, have processes like drug testing, background checks, and completing forms as automated as possible. This way, there is less of a chance of balls being dropped, and it instills confidence in your new hire that they’re joining a professional organization with clearly defined processes.

Rather than be encumbered by manual processes and paper forms, consider streamlining and automating your processes. This is a win-win for your department and new employees alike. By automating onboarding and orientation, you can decide exactly when and where it takes place.

People are becoming accustomed to doing things from any device. Make this process simpler by giving new hires the ability to complete necessary forms or watch videos by tablet, phone, or laptop on their own time. This is especially helpful for those folks who are still finishing out a two-week notice with their last employer, or who work second or third shift.

You may consider a tool that incorporates all of your onboarding and orientation needs such as government and company forms, handbooks, and benefits forms, as well as including an integrated e-signature component that doesn’t require you to leave the system. It should also integrate well with payroll and HRIS so that it doesn’t require data to be re-entered in another system manually at a later time. For a more comprehensive look at a tool that can level up your onboarding and orientation processes, we think TAM could be the solution you need. Contact us today for a free demo.